An international voluntary agreement on secondary resources between France, Flanders, the United Kingdom and the Netherlands has been signed today in Brussels

Europe has identified the need to move towards a circular economy. It offers the perpective of combined economic and environmental growth. The first step towards a circular economy is to make better use of secondary resources. Most value-chains are however cross-border and (interpretation of) regulation and legislation is often national. Companies that want to increase recycling or use more secondary resources to replace dependency on primary resources (and save greenhouse gasses in the process) encounter barriers.

Recyclable plastic or non ferro’s which remain after the incineration of waste, far too often end up as waste. They are difficult to trade internationally because such secondary raw materials are regarded differently from border to border. Given that this is a missed opportunity for both the economy and the environment, Dutch Minister for the Environment Dijksma signed on March 3, 2016, an international green deal in Brussels aimed at stimulating this trade. Together with Minister Kamp (Economic Affairs), British, French and Flemish ministers, the business community, and environmental organisations, she launched the North Sea Resources Roundabout (NSSR) that will remove these barriers.

‘To make our economy greener, I want to allow sustainability leaders in the business community room for innovation. And that is exactly what this deal does. By redefining what constitutes “resources”, and at the same time aligning the definition among neighbouring countries, things will get easier for businesses. This will benefit the environment and will add considerable impetus to economic activity between countries in the North Sea region.’

‘This agreement will allow Dutch companies in the natural resources and waste management industry to profit from a growing market. The Green Deal underlines that the circular economy promotes business, provides employment opportunities and improves our local living environment. For example, compost will be easier to trade when neighbouring countries view it as fertiliser rather than waste.’

Also, through the international green deal, residual waste from incinerators, or “bottom ash”, can be processed better. In the Netherlands, the Inashco company has developed a technique for reclaiming ultra-fine non-ferrous metals like aluminium, lead, zinc, silver and gold from bottom ash. The British waste processing company Ballast Phoenix can now more easily export its residual waste to the Netherlands so that the reusable resources can be extracted here. A team made up of representatives of governments and business communities from the participating countries will work out further solutions aimed at removing barriers at borders. The three  initial flows under scrutiny of the North Sea Resources Roundabout next to non ferro’s from bottom-ashes are compost and PVC.

The green deal has been signed by ministers, industry associations and NGO’s from four countries. The green deal will continue for 5 years during which a maximum of 10 flows will be investigated.

Several participants commented on the signing of the green deal on March 3.

Emmanuel Macron, Minister for the Economy, Industry and Digital Affairs:

In the framework of our industrial policy, the National Council of Industry encourages the emergence of voluntary agreements for developing a circular economy. These agreements are carried out in 14 industry strategic committees in order to develop a more efficient industry by enhancing and promoting green approaches and processes, especially in the field of the use of secondary resources.

In this respect and as we are implementing the proven “Green Deal” instrument in France, I welcome the signing of the North Sea Resources Roundabout, and I trust that this Agreement will facilitate the use of secondary raw materials by taking away barriers in a transnational setting and the emergence of a strong secondary material market in Europe.

Being among the frontrunners brings us more quickly towards a circular economy model that will contribute to more economic and environmental benefits.

The North Sea Resources Roundabout initiative has the potential to unlock barriers that hamper the flow of secondary resources across Europe without endangering the environment.  With the prospect of encouraging investment in a more circular economy in Europe and generating a good spirit of partnership across borders, we warmly welcome it and congratulate the Dutch Government on taking this important initiative so far so quickly.

PVC recycling in the EU has the potential to prevent millions tons of CO2 emissions per year, give a safe second live to a potential volume of 100 million tons used PVC material and could create jobs in the EU for 8.000 persons. Unexpected legal barriers threaten the continuity and growth of PVC recycling. For us the International Green Deal on the North Sea Resources Roundabout provides the frontrunners in PVC recycling with a platform and the right stakeholders to exchange the environmental and economical facts and dramatically speed up time to explore potential solution for the barriers experienced

Green Alliance is proud to support the North Sea Resource Roundabout initiative. From the very beginning, we have supported its innovative approach to the problem of different interpretations of waste regulations in different countries, which prevents businesses from investing to pursue export opportunities and increases our reliance on primary resources. By working together, the countries involved in the North Sea Resource Roundabout will act as pioneers in addressing a major barrier to scaling up the circular economy and set an example that the rest of the EU can follow.

The North Sea Resources Roundabout is the first milestone towards the creation of a dynamic market for secondary resources in Europe. It is a decisive initiative to take away regulatory barriers and explore the full potential of the Single Market in the transition towards a circular economy.

Flanders is one of the top recyclers in Europe. We prove that circular economy makes better use of our limited resources and creates more and better jobs. This initiative will contribute to creating better markets for secondary resources on a European scale. We know that by engaging governmental and non governmental stakeholders in an intensive dialogue you get a better common understanding of the problem and a solution that is supported by all parties. That is why we join this initiative

The Dutch Waste Management Association expects this Green Deal will boost the European market for secondary raw materials and so stimulate green growth. The initiative which the North Sea countries have taken to streamline waste legislation can benefit other member states as well. We believe in this bottom-up approach.

According to the calculations of the European Commission, a more rapid shift to a circular economy could save European businesses 600 billion euros in production costs, which translates into 8% of turnover. Moreover, 580,000 additional jobs would be created and CO2 emissions would be reduced by 450 million tons a year. Strengthening a circular economy in which waste is used as a resource is a priority of the Dutch Presidency of the EU. The ideas of the Commission which were presented last December will be discussed with the other member states during the Dutch Presidency.

Acceleratio is proud to have been the initiator and one of the driving forces behind this initiative that combines the proven Dutch instrument of  a “Green Deal” and a well timed concept of the North Sea Resources Roundabout. 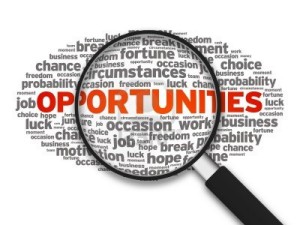